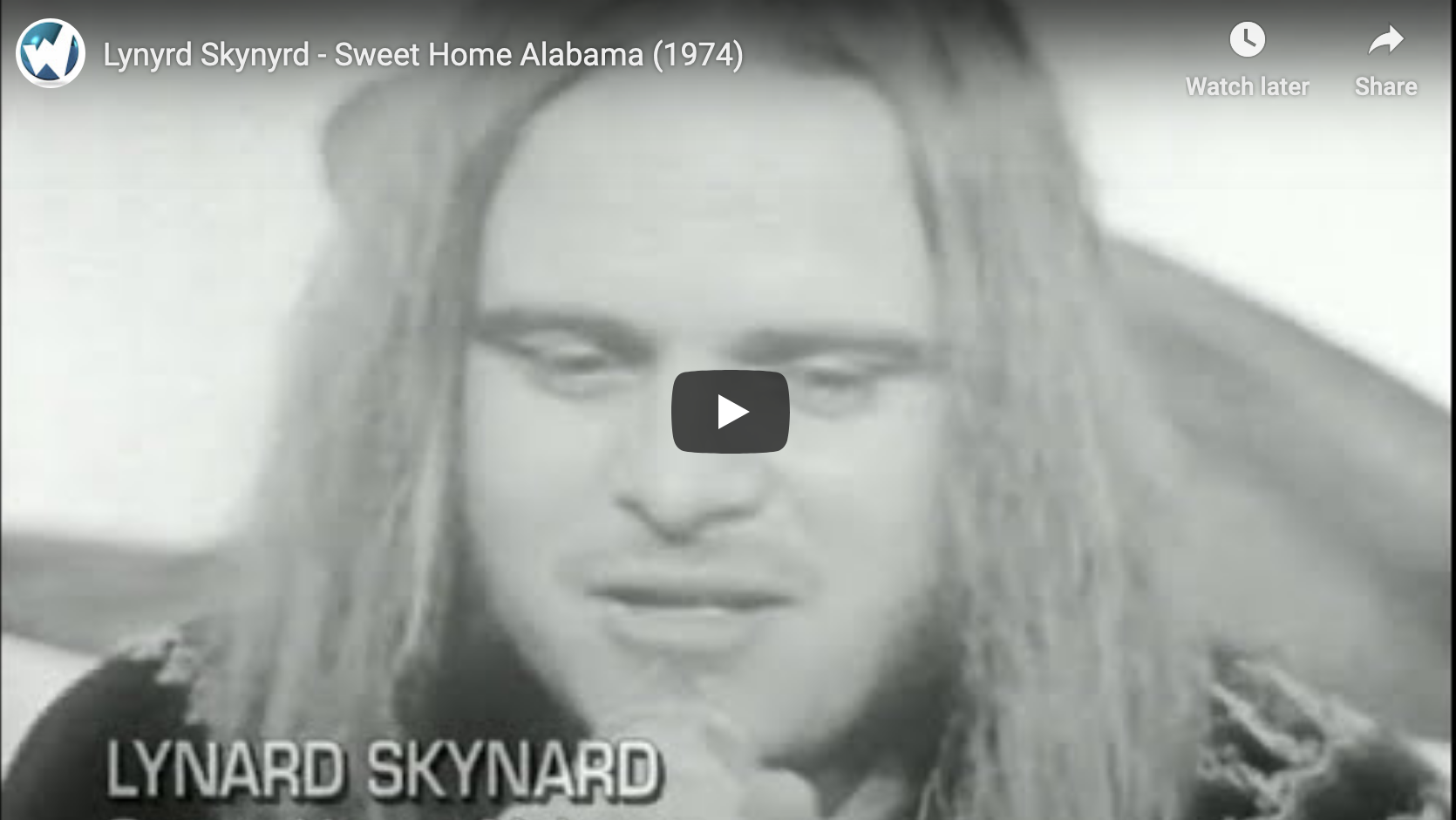 Americana and the echoes of the past

I love the music of the Bellamy Brothers.

When they’re at their best, they combine a wit that’s rare in mainstream country music with a slow groove. Like the character in their song “Old Hippie,” they’ve adapted without ever having to get rid of their ponytails or their big hats.

But when I flipped their “Greatest Hits” album on the turntable to dance around the livng room with the beagle (that’s what we do during this time of quarantine), we got to the song “You Ain’t Just Whistlin’ Dixie” with its lyrics:

“I’m a grandson of the Southland, an heir to the Confederacy” and “So put me down there where I wanna be, plant my feet with Robert E. Lee.”

I don’t think the Bellamy Brothers are racist. That song was recorded in 1979 and the duo re-recorded it with Alan Jackson in 2005. It’s an artifact from another era.

But what does it mean today?

Our country is trying to figure out where it stands with its history. So much of what we’ve been told over decades or even a century or more is being questioned.

Given that much of Americana music owes its roots to the south – and that’s where much of the controversy has been generated.

The Chicks are no longer Dixie and Lady Antebellum has botched its attempted identity change, but there’s a whole world of dispute out there.

It may be easy to write off a band like Confederate Railroad, which has had some of its recent shows canceled because of the Confederate flags in its band logo. Goofy songs like “Trashy Women,” the band’s ‘90s hit, are fun but not necessarily essential to the Americana canon. But taking a closer look, you find out that the song was originally recorded by Jerry Jeff Walkers, one of the architects of what we now know as Americana and outlaw country.

It gets even trickier with Lynyrd Skynyrd. For 46 years now we’ve been singing along to a song that says “in Birmingham they love the governor,” a reference to segregationist George Wallace, and said “Southern man don’t need him in around” in answer to Neil Young’s “Southern Man” and “Alabama.” The band continued to use the stars and bars in its merch and its onstage show until 2012, when the final original member, Gary Rossington, finally tried put the kibosh to it, saying its meaning had been taken over by KKK members and skinheads and that it no longer reflected on the South’s soldiers from the Civil War.

Really? Those same soldiers that Robert E. Lee led in a bloody war to keep black people in slavery?

And after all that, the band backtracked, bowing to fan pressure and keeping the Confederate flag in its show, albeit less prominently. You won’t find it on merch on the band’s website.

No, nothing is really simple in this case.

I’ll admit that if it had been available in 1979, I might have gotten a Confederate flag decal. “The Dukes of Hazzard” was hot. While Catherine Bach was introducing the world to the wonder of Daisy Dukes, the TV show also featured the General Lee. The 1969 Dodge Charger had a Confederate flag painted on the roof and a horn that played the start of “Dixie.” The theme song was sung by Waylon Jennings. The plot every week involved the local fat cat sheriff trying to catch the Duke brothers doing something illegal and them outrunning him. The car was practically a character itself, although the show wasn’t exactly Shakespearean.

Growing up in rural New York State, it seemed like the Confederate flag was a symbol of sticking it to the man, rebellion against the system. What 20-year-old doesn’t like that? And the good ol’ boys were the good guys, right?

Fast forward 30 years and I was speaking with a friend who routed drivers to pick up blood draws at the various labs around the region. She had sent one of her drivers, an African American man, to Allegany County to make some pickups. He had asked her never to send him there again.

Driving through the region, he had seen numerous Confederate flags, waving in the backs of pickup trucks, drooping from poles in yards. For him, there was one clear message. You don’t belong here because we don’t like your kind.

The people unfurling those flags may not have meant it that way. To them, maybe it just meant they were revealing their rebellious response to the overwhelming power of the institutions in their lives. Or maybe they really were sending that one clear message.

Nobody can really know for sure. And who can blame the driver for not wanting to find out?

Lynyrd Skynyrd, the same band that recorded “Sweet Home Alabama,” was also a band that could record “The Ballad of Curtis Loew,” the story of a boy going to see an old black man play the dobro. The chorus includes the lines “People said he was useless, them people all were fools ‘cause Curtis Loew was the finest picker to ever play the blues.” If Ronnie Van Zant and Allen Collins, the song’s two writers, were racists, it wouldn’t seem clear from this song.

So you could argue nothing is black-and-white, which is what you could say of a lot of American history and culture.

Do you hold “Sweet Home Alabama” against Lynyrd Skynyrd even as you hum along with it? Or do you attempt some kind of duality, taking place and time into account.

Sometimes it’s easy to reject a person’s work based on their personal actions. Take Bill Cosby, for example. I still have ‘60s and ‘70s Bill Cosby records in my collection, but I don’t think I’ll ever be able to listen to them again. They were great comedy. He was an awful person.

Same with much of Kim Fowley, whose behavior with the teenage Runaways band was despicable. I can listen to some of the performers he worked with, but the records with his voice are now unlistenable to me.

How should we regard Bob Wills? If he didn’t invent western swing, he certainly popularized it. Yet in a song like “Take Me Back to Tulsa,” you hear the lines “Little bee sucks the blossom, big bee gets the honey. Darkie raises the cotton, white man gets the money.” For the record, after World War II, he changed the lyrics to “little man raise the cotton, beer joints get the money.”

And what the heck do you make of Willie Nelson’s “Shotgun Willie,” with its lines “Now John T. Floores was a working for the Ku Klux Klan, at 6-foot-5 John T. was a hell of a man, made a lot of money selling sheets on the family plan.”

Willie is one of the patron saints of Americana music and nobody has every called him racist, to the best of my knowledge. Apparently he was making a teasing reference to one of his earliest Texas music mentors who ran a general store and music hall and who had been telling a story about making money off the Klan in the earlier days.

It’s not the kind of line you could throw into a song in 2020 (it was recorded in 1972), but should it be erased, rebuked or simply accepted as a relic of the time?

And Willie is certainly not alone. The examples we’ve cited are just a couple; whole books could be written on the topic.

Interestingly, Johnny Horton – dead since 1960 – has sometimes found himself in the middle of racial controversies. Best known for “Battle of New Orleans,” “Honky Tonk Man” and “One Woman Man,” Horton recorded a song “Johnny Reb” about southern bravery on the battlefield. Johnny Cash went on to later record it. People apparently confused Horton with another singer who went by Johnny Rebel and did record racist anthems.

Sometimes the issues become judgment calls, with an emphasis on the judgment.

Many of the artists we revere came out of the South and many of them came of age in a different era. Johnny Horton may have been inaccurately ID’d as a racist, but he was a white man born in Louisiana in 1925, so one wouldn’t assume he was pro-civil rights either. He more likely represented his time, for both good and bad.

In fact, much of the music we love came out of a mixing of the races that was almost as illegal musically as it was in matters of love before the Supreme Court’s Loving decision.

African, European, Native American. All of their sounds came together both beautifully, but not without sparks flying and long before Elvis Presley. In that forge that is Americaa, white Americans stole from blacks for their minstrel shows, while black performers showed just what could be done with the instruments that came to America with the Europeans. The sparks are still flying today.

Brad Paisley and LL Cool J recorded a song seven years ago that attempted to make some sense of our current era. We’re in a time when many are realizing the mythologies they grew up with in the South were products of the revisionist histories of the United Daughters of the Confederacy and Jim Crow-era southerners who attempted to recast the Civil War as a battle for states’ rights (the right, in particular, to own other human beings, but that part got played down).

Many of the people who created the rural sounds that have become Americana grew up amid those Confederate statues that those groups erected in the early 1900s to reinforce Jim Crow and with the stars and bars showing on state flags. But those muscians also grew up farming, fishing and mostly poor, finding their joy in their music, not unlike people of the same era in the rural areas around Western New York. For the record, the KKK did have a presence in rural Western New York as late as the 1980s.

Now the challenge facing artists – and we the fans – is how to come to terms with that history. At its best, Americana music connects the past with today, helping us understand where we are and how we got there.

I’ve always felt that one of the songs that really got it right was Don Williams’ “Good Old Boys Like Me,” written by Bob McDill. It captures the complicated relationship we all have with our past, in this case for a southerner with literary aspirations.

As for the Paisley and LL Cool J collaboration, it’s awkward at times and drew its share of ridicule when it came out, but it was an attempt to come to terms with those issues.

When Paisley sings “I’m proud of where I’m from but not everything we’ve done,” he may be getting at the crux of the issue, he may be pointing us in the right direction.

Meanwhile, I’ll continue listening to my Bellamy Brothers records (and CDs and mp3s). But I’ll also continue to think about how time has changed how those lyrics reverberate in my mind.

Maybe that’s what art is really about anyway.