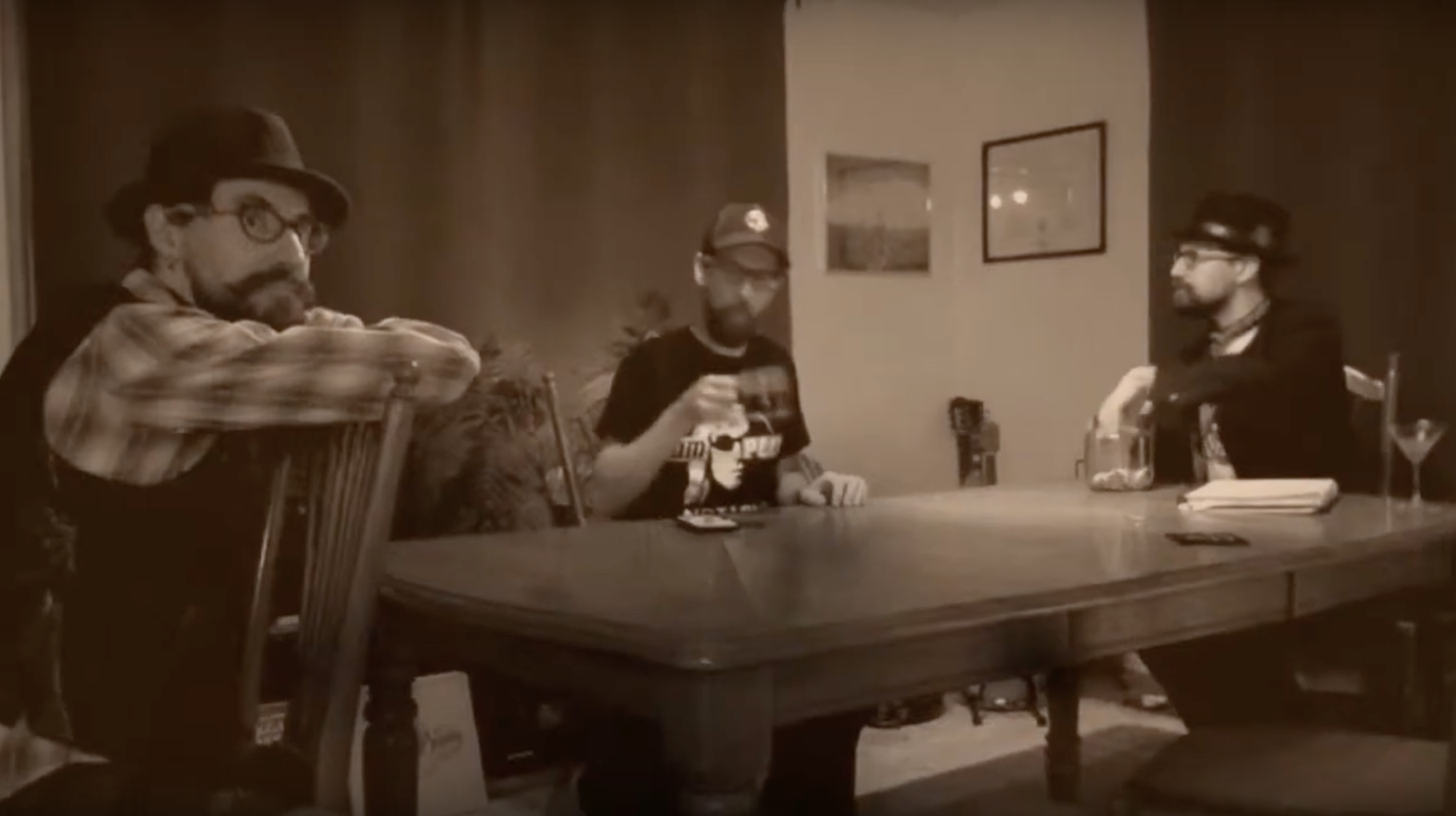 All Together Now … It’s Greg Klyma

As most of us begin to embrace normalcy once again, looking back on the pandemic as a whole can feel strange.

Nearly everyone had to put their life on hold and stray away from the beaten path.

But for Greg Klyma, the pandemic offered an opportunity for him to hone in on new skills and ideas.

The singer-songwriter, a Cheektowaga native who has kept close ties to the Buffalo music community, has been a full-time musician since August of 1998.

“Prior to that, I wasn’t sure — or confident about — who I was or what I should do,” said Klyma.

Before committing to music full-time, Klyma went to college for five years and received a two-year degree in liberal arts.

When looking back, Klyma wishes that he would have “run away from home and joined the circus at age 18” instead.

But after being a professional musician for over 20 years, COVID-19 stole the show and became the headliner.

“It was my good luck to have just finished a five-week long tour at the end of February 2020. If that same tour had been planned for March/April, I would have taken a major hit,” said Klyma.

Because Klyma lives in Massachusetts, COVID-19 protocols were implemented two days before St. Patrick’s Day, which is “a gig a lot of us count on annually, and it was canceled.”

The immediate cancellations of these shows gave Klyma an idea of how things were going to be right out of the gate.

Although most people were sent into a panic when the pandemic was announced, rushing to buy all the toilet paper that their local Walmart could offer, Klyma had a different reaction.

“My reaction was to read about the pandemic of 1918 and to spend the next three weeks learning how to set up a live stream …  It’s the healthiest reaction I’ve had to anything in my life.”

By April 9, 2020, Klyma set up his first livestream, where he realized he loved the format of streaming.

This was when “All Together Now” was born.

“When a singer is working the room and wants to get everyone singing along, they might yell out ‘All together now!’ That same phrase defined the circumstance of the pandemic: whatever your race/religion/income/pronouns, we were all in the same boat,” said Klyma.

The variety show includes performances, skits and a live chat where viewers can interact with the show.

The season finale was streamed on June 3, 2021 where several other collaborators, including Aaron Sugar, Bill Passalacqua, Via Bella, Chef Scott, Becky Hall and more, were featured.

“I’ve made a lot of friends over the past two-plus decades of touring. I reached out to all these talented folks and was blown away by the positive response,” said Klyma.

Some sections of the show were pre-recorded while others were performed live.

Overall, the show was about three and a half hours long.

“The season finale was a good example of everything we — Aaron Sugar and I — had learned over the course of producing 30-some episodes of the show. I still have a lot to learn about the tech, but with what we are capable of, it was great,” said Klyma.

In the last few moments of the season finale, Klyma took time to speak about what success means to him. Here is a portion of what he said:

“You know, on a regular basis I ask myself just what am I doing with my life? I live in a capitalist economy and people are often judged by their financial success … I have written hundreds of songs, if not thousands, and none of them are radio hits. I have played thousands of shows, a few of them have been sold out, packed houses. I haven’t won any Grammys. I haven’t been nominated for any Boston Music Awards. I guess I’m failing at capitalism.”

Klyma continued, “Somehow, with so many forces in the world telling me otherwise, I feel like a very successful person. I look at the people around me and I can hardly believe my luck … Over this last year, I’ve worked with Aaron Sugar week after week putting together, what I feel strongly, is not your average livestream. And I think to myself, ‘How could someone who isn’t successful have so many beautiful and talented people in their life?’” 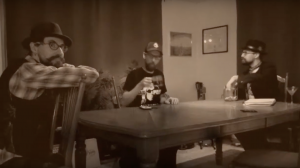 Greg, Greg and Greg in a moment from ATN … with help from Aaron Sugar.

This moment in the livestream revealed some of Klyma’s doubts and insecurities, which nearly everyone can relate to. It feels like a breath of fresh air when people are able to admit their unease.

And during a global pandemic, unease became not just a fleeting emotion, but a normal part of our lives.

Klyma will be taking a break from producing “ATN” to focus on building his following up on Twitch.

“Where Facebook and its algorithm amplify noise, Twitch is all about positivity. A new follower watching my show on Twitch recently made a comment about how welcoming and fun everyone is in the chat. I have a modest following of dedicated fans. The folks who dig my music look out for me. They look out for one another … I’m lucky to have them in my life,” said Klyma.

In the meantime, Klyma will be brainstorming where the show should go next.

Klyma will also be recording some new songs this September.

“I’d like to release a new album, but at the same time, all this recording might result in several EPs or a series of single releases,” said Klyma.

“It features a reimagined version of ‘Staying Alive’ by the Bee Gees along with two songs of mine inspired by gun violence, as well as a song called ‘Mental Health Crisis in America.’ The EP is called ‘We Gotta Talk About It.’ Keep an ear out for the songs,” said Klyma.