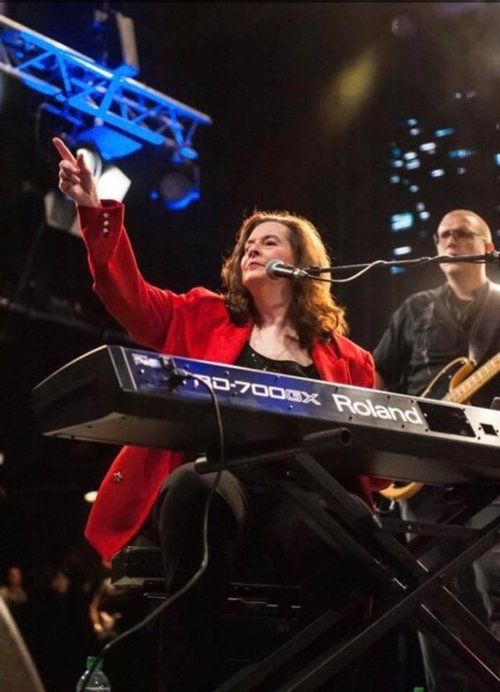 A conversation with Linda Gail Lewis

Jerry Lee and Linda are both known for their rock ‘n’ roll and Americana-esque music.

So on Aug. 13, Linda will be traveling to Buffalo to perform with the Lustre Kings at the Sportsmen’s Tavern. 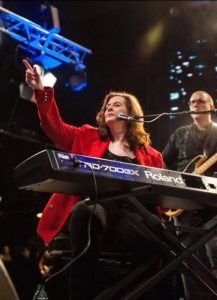 Linda is now a very experienced performer at the age of 74, but the artist has come from humble beginnings.

Linda grew up in a sharecropper shack on a riverbank in northern Louisiana. The performer recalls that the family didn’t even have an indoor toilet.

However, Linda recalls that “there was a lot of music in my house because my brother was at the piano playing and singing all the time.”

Linda’s father actually mortgaged their family farm in order to pay for the piano. To this day, Jerry Lee still has it.

The family also had a strong religious upbringing; they would go to church at least two to three times a week.

The church they went to had “really great gospel music that was kinda up tempo.”

Once Jerry Lee signed with Sun Records in 1956, Linda was still only a child. She said it was like “magic” going from having nothing to having money.

“As soon as my brother got his first check from Sun Records, he immediately started doing things and sharing things with us,” said Linda.

She particularly remembered when Jerry brought his family up to Memphis.

“That was just magic to me because it was a beautiful place back then … We stayed in a motel and they had a swimming pool. I had only been swimming where my feet were in mud going into the lake. And I’ll never forget how happy I felt,” said Linda.

But once Jerry Lee had his infamous scandal in 1957 (marrying his 13-year-old cousin), Linda said, “That was embarrassing for me because I was pretty young and I had to cope with kids at school laughing at me.”

Despite this, Linda said “[Jerry Lee’s] always been so good to me. And I loved going on the road with him. That was a dream come true for me.”

Linda first hit the road at the young age of 14, which was only possible because she had been married so young.

“It [the marriage] didn’t work out. So then I said, ‘OK. Well, I’ve been married. I can’t go back to school; I’ve got to go on the road,’ which was what I really wanted,” said Linda.

Linda Gail Lewis with her brother, Jerry Lee, on a scorching version of “Jackson” from 1973.

Not only did Linda perform with Jerry Lee, she has also recorded albums with him.

“It was really special to go in and start recording with him. And later on, when I got to be a young adult, we did an album together and that was a thrill,” said Linda.

She recalled a few of their songs that hit the charts, like “Don’t Let Me Cross Over,” a top ten country hit in 1969, and “Roll Over Beethoven.”

Linda has stayed in touch with her brother. She said, “He is still recovering from a massive hemorrhagic stroke, which is very serious. He was paralyzed on his right side, but … he’s having a lot of physical therapy and it’s been two years now. He’s doing really well.”

I asked Linda if she ever got tired of answering questions about Jerry Lee, to which she replied, “Truly, I don’t because I love him so much. And of course, it would be crazy if anybody talked to me and didn’t ask about Jerry Lee Lewis. He’s an icon and a legend.”

Linda married very young, and since then she has been married eight times. She has been with her current husband, Eddie Braddock, for about 30 years now. I asked her if she has any advice when it comes to love.

She responded with a chuckle and said, “You know, Alyssa? I am probably the worst person in the world to give advice about something like that because I absolutely did not do well in that department.”

She continued, referencing her current marriage, “I wrote a song called ‘Love Makes the Difference,’ and that’s what happens, you know? That’s one piece of advice I can give people — if you’re going to get married, just make sure you really love them and they really love you because when things go haywire, as they do sometimes, you need that love in your marriage to make it work.”

As for Linda performing at 74, her friends and family are very supportive. Her husband travels with her to all her shows.

When comparing Linda’s music when she first started to now, the artist said, “Oh, I’m a lot better now. I had a lot to learn. I didn’t start my solo career until I was 40.”

Linda particularly mentioned how hard she has worked to learn how to play piano fluently enough to perform instrumental breaks.

She said, “It’s taken me years, and I still learn. I like to keep learning. You know, I’m old, but I can still learn.”

Linda said that she plans to perform some of the songs she recorded with Robbie Fulks, who she is a “huge fan” of.

Regarding the album, Linda said, “It brought me so much joy because I love him as a performer, I love him as a friend, and to be working with him, it was so wonderful … We spent two years making that album, and we had a blast.”

Linda will also be performing her song “Oh Pandemic,” which she wrote herself.

During the pandemic, Linda never actually stopped performing because Texas wasn’t shut down for long.

At that time, Linda lived in Austin, but she and her husband plan to move soon.

“We’re staying in Texas … but we are going out in the country. I’m a country girl at heart,” said Linda.

However, when Linda was performing at shows during the pandemic, she recalls being “really worried [about getting COVID-19]. I worried about it every time I played.”

Linda channeled her worries into her song “Oh Pandemic.” Her soulful tune included many references of feeling lost and afraid, with lyrics like, “I pray for peace and comfort / And relief from all my fears.”

Since Linda has previously performed at the Sportsmen’s Tavern, she is already looking forward to her return to Buffalo.

She said, “I absolutely loved that gig. It’s such a nice place and the audience was really great … I’m really looking forward to going back.”

If you want to catch Linda Gail Lewis & The Lustre Kings rockin’ ‘n’ rollin’ at the Sportsmen’s Tavern, you can visit this site to purchase your tickets.