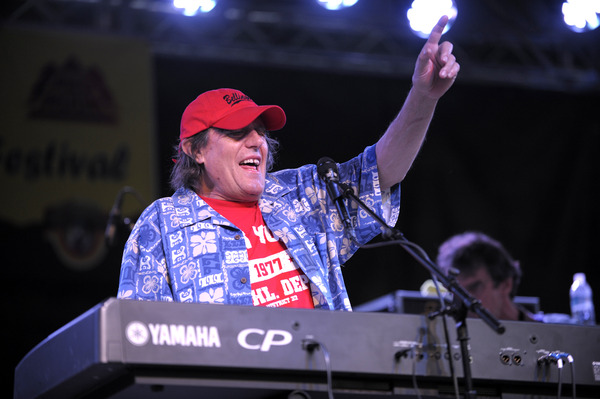 The Ol’ Commander and the Lost Planet Airmen legacy

Let’s get straight to the point here: Commander Cody & His Lost Planet Airmen are in my personal Rock  & Roll Hall of Fame, and they should be in the one in Cleveland, too.

I’m pretty sure that’s not an opinion shared by a lot of critics and fans. I’ve never seen the band on lists of “bands who should really be in the Rock & Roll Hall of Fame, but aren’t.”

The band has never received its due for its influence or innovation, perhaps because it was such a great party band. The critics just never particularly respected a band whose prime directive was “boogie.” 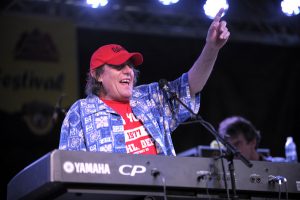 But for years I’ve made the argument that Commander Cody & the LPA helped set the stage for what we now call Americana on an equal playing field with groups like The Band and the Byrds.

Coming out of Ann Arbor, Mich. (where guitarist Bill Kirchen went to high school with Iggy Pop), the band came out of the anarchist hippie hot spring that produced the MC5 and Stooges. Then they moved to the Bay Area, in its post Summer of Love hangover.

The band was revolutionary in its attempts to bring together working class trucker types and its stoner hippie base. 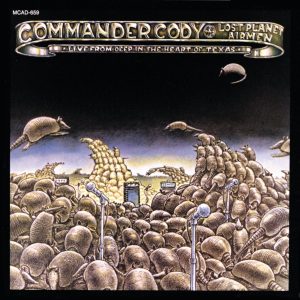 Musically, it brought together similar bases, ranging between piano boogie, country honky tonk, rockabilly, R&B and Cajun and jamming like crazy. The band’s “Live From Deep in the Heart of Texas,” recorded at the Armadillo World Headquarters in Austin, is one of the all-time great live albums in rock music.

One of the twists in the CC&LPA story is that the Commander, George Frayne, was never the best musician in the band. Not even close, and he never claimed to be. He was a piano banger who wasn’t afraid to take the lead on stage and lead the party.

He was surrounded, though, by a bunch of all-stars who came together as an amazing ensemble. Bill Kirchen joined the band as a 19-year-old in 1967 and developed into the amazing guitarslinger so many of us has loved to see at the Sportsmen’s Tavern. Fiddling Andy Stein was an orchestra-level player who would go on to serve as a constant for decades on “A Prairie Home Companion.” Bobby Black is a Western Swing Hall of Famer on pedal steel guitar.

Bring them all together with the rhythm section of Lance Dickerson (drums) and Buffalo Bruce Barlow (bass), and there weren’t many better.

While they hit the charts with a cover version of “Hot Rod Lincoln,” they never had the radio presence they should have. They built a rabid touring audience, though.

The band’s struggles and eventual dissolution were documented in “Star-Making Machinery,” by Geoffrey Stokes, a 1976 book that serves case study in how the music industry worked – or didn’t.

I was introduced to the band late, around that time, when they appeared on Don Kirschner’s Rock Concert. I eventually caught the post-LPA Commander Cody group with Kirchen at the Belle Starr in Colden. I’d say they burned down the joint, but that probably wouldn’t be funny.

Fast forward to 2001. The group did the only true reunion show the full CC&LPA ever did. They played two shows at the Ark in Ann Arbor and then played live on “A Prairie Home Companion.” I decided I had to go, flew into Detroit and drove to Ann Arbor.

I arrived early at the Ark (if I was travelling that far, I didn’t want to miss the start of the show!), so I was waiting outside the club awhile before things started. Two other early arrivals walked up, and we started talking

I asked where they were from. Buffalo, they said, and we started talking music. Twenty years later, I’m still talking music with Dwane Hall and Ken Biringer when I get the chance. 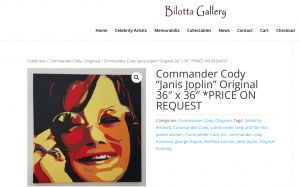 The band still had it that night. They rocked it. After the show, I remember seeing the Commander heading into the bar area and hearing one of the other band members saying, “Don’t let George touch the money.” He was still leading the party.

Those shows were also the last time the band would perform intact. Lance Dickerson, the drummer who provided the swing (and who, according to Geoffrey Stokes, couldn’t play along with a click track to save his life), took his own life in 2003

So now the Commander is gone. His rowdy soul and painter’s skills (look up his art!) have departed for another plane.

The Rock & Roll Hall of Fame may not recognize his and the band’s contributions, but here at the SAM Foundation, we do.